The NHL schedule was released over the weekend, so I was able to tally each team's back-to-back totals, and then adjust the projected workloads I originally published in the updated NHL Depth Charts. Keep in mind that a few teams like Calgary and Ottawa still have decisions to make with their backups, so their projections are somewhat fragile.

Yesterday's news saw the Flyers re-acquire Brian Boucher, while Dan Ellis has also signed with Carolina through the remainder of the season. Cristopher Nilstorp is attending the Stars' training camp, so I would definitely keep an eye on that developing situation, and the same can be said for Jacob Markstrom in Florida and Robin Lehner in Ottawa. 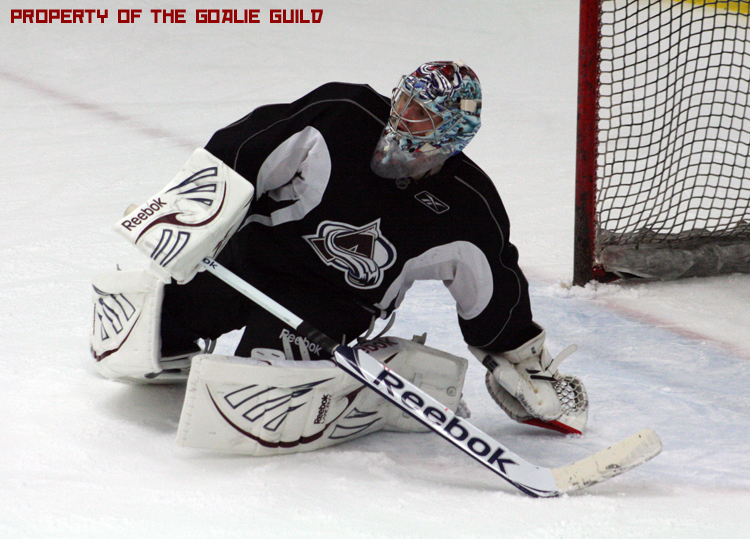 Also keep in mind that teams stay in their conference, so Northeast and Atlantic Division teams don't have to travel as many miles as teams in the Pacific and Northwest Divisions. And while you may be led to believe the Winnipeg Jets travel more miles than any other team, Dirk Hoag's Super Schedule shows that the Wild actually travel more than any other team.

To take the super schedule one step further, my cohort Gus Katsaros put together his annual Tired vs. Rested Teams Breakdown document:

"Red Wings travel schedule in the West was already a concern, but leading the NHL with 11 games as a tired team (23% of schedule) has to put them among the worst scheduling in the entire league. Second as tired teams: Columbus, San Jose, Chicago, and Toronto with 9 games."

With all of the condensed scheduling matters in mind, here are my adjusted workloads for all 30 NHL tandems.

ANAHEIM: The Ducks have 10 back-to-back sets, one of the highest in the league. I originally projected Jonas Hiller to play in 35 games, but I'll reduce that just slightly and give Hiller 33 starts, with Viktor Fasth earning 15. Hiller has already been confirmed as the starter for opening night. (21,007 miles)

BOSTON: The Bruins only have seven back-to-back sets, so I'll stick with my original projection that has Tuukka Rask playing 32 games to Anton Khudobin's 16. Keep in mind that Rask is considered a fairly streaky goalie at times, so if he has a strong start to the season, he could play in as many as 36. (16,597 miles)

BUFFALO: The Sabres have nine back-to-back sets. They're a team that has had a ton of back-to-backs over the past few seasons, so this is in favor of Ryan Miller. I think he'll start close to 38 games, with Jhonas Enroth playing in 10. (15,749)

CALGARY: The Flames have nine back-to-back sets, but my original projection stays the same, as I expect Miikka Kiprusoff to play close to 40 games. I'm still not sure who plays the rest, but Henrik Karlsson has the inside track since he is on a one-way contract and Leland Irving has hardly played in Abbotsford. (27,539 miles)

CAROLINA: The Hurricanes have nine back-to-back sets, and with Cam Ward playing behind a much stronger team in both ends, I still believe he plays 38-40 games. (19,912 miles)

CHICAGO: The Blackhawks have a league-high 12 back-to-back sets this season. That means you might want to consider downgrading Corey Crawford's value just slightly. I personally have very low expectations for him this season, but my original projection of 32-34 games stays the same. I like Ray Emery in a backup role, but I'm not too high on his fantasy value as a sleeper, either. (24,931 miles)

COLORADO: The Avalanche has nine back-to-back sets this season, so I'll stick with my original projection that Semyon Varlamov plays in 36 games. (26,125 miles)

COLUMBUS: The Blue Jackets play in 11 back-to-back sets, so I think this lends a hand to the split between Sergei Bobrovsky and Steve Mason being somewhat close. I still believe Bobrovsky is the better goalie to own in this tandem, and I'll stick with the 28-20 split in his favor. I am not ready to label Mason as a sleeper or hidden gem, but it's not completely out of the question. (22,380 miles)

DALLAS: The Stars have nine back-to-back sets this season, so this doesn't really favor Kari Lehtonen, as I originally had a 32-16 split in his favor, so I'll keep that projection the same. Keep an eye on Nilstorp, who is attending training camp. (29,482 miles)

DETROIT: The Red Wings have a league-high 12-back-to-back sets, so I suggest taking a real good look at Jimmy Howard. Not only do I think he has a significant adjustment to make with the loss of Nick Lidstrom, but Jonas Gustavsson is going to give him a run. I will still stick with my original projection that Howard plays in 28 games. (27,471 miles)

EDMONTON: Edmonton only plays in eight back-to-back sets, so while I originally had Devan Dubnyk playing in 30 games, I'll boost that up to 32. Khabibulin is "injured" to begin camp, so they might be in the market for an UFA goalie, or a goalie on waivers. (26,500 miles)

FLORIDA: The Panthers get a nice break with only seven back-to-back sets. I'll boost Jose Theodore up from 26 to 28 starts. (25,059 miles)

LOS ANGELES: The Kings only have eight back-to-back sets, and with head coach Daryl Sutter already stating he wants to ride Jonathan Quick, I would actually boost my original projection from 34 games to 36 or 38. (28,132 miles)

MINNESOTA: The Wild play in nine back-to-back sets, and they travel more miles than any other NHL team. Either way, I'll stick with Backstrom playing in 35 games. That may be a few games higher than what to expect, but a lot depends on the health and durability of Josh Harding. (31,345 miles)

NASHVILLE: The Predators have nine back-to-back sets, but I'll stick with the 36-38 start range for Pekka Rinne. (23,811 miles)

NY ISLANDERS: The Isles have seven back-to-back sets, one of the lowest in the league, so that benefits Evgeni Nabokov, who I still expect to play in 36-38 games. (12,159 miles)

NY RANGERS: The Rangers play a league-low six back-to-back sets, so Henrik Lundqvist should have no problem starting 40 games this season. This further boosts his fantasy value. (12,048 miles)

OTTAWA: The Senators play eight back-to-back sets, and while Anderson has a chance to be a workhorse starter, I can't discredit the potential of Ben Bishop and Robin Lehner. But since Lehner is on a two-way deal and Bishop is on a one-way deal, I'll revise my projected workload split to be 30 games for Anderson. (15,173 miles)

PHILADELPHIA: The Flyers have 10 back-to-back sets this season, so I'll stick with my original projection of 34 games for Ilya Bryzgalov. The acquisition of Brian Boucher could complicate things at the backup spot, but initial word out of Philly is that Boucher will be sent down to Adirondack. (14,648 miles)

PHOENIX: The Coyotes have eight back-to-back sets this season, so I still expect Smith to play in the 36-game range this season. (28,089 miles)

PITTSBURGH: With only seven back-to-back sets this season, Marc-Andre Fleury should have no problem playing 34-36 games. My original projection had him playing 32 games. (16,894 miles)

SAN JOSE: The Sharks have nine back-to-back sets, and combined with the travel, it might benefit Thomas Greiss a little more than I originally projected. I really think he's a great sleeper pick this season, but my original projection of him starting 20 games is a big severe. I could see Antti Niemi starting around 32 games. (27,748 miles)

ST. LOUIS: The Blues have 10 back-to-back sets, so I think that lends a hand to the tandem of Jaroslav Halak and Brian Elliott being similar. My original projection had a 28-20 edge to Halak, and I'll stick with those numbers. (22,691 miles)

TAMPA BAY: The Lightning have eight back-to-back sets, but I still think Anders Lindback plays in 30-32 games overall this season. As I have been saying all summer, I think he needs a half-season to adjust to a new role and get comfortable playing on a more consistent basis. Mathieu Garon isn't the most consistent goalie at his age, but in a daily roto league, could be a nice third goalie to own. (20,592 miles)

TORONTO: The Leafs play in nine back-to-back sets, but with the high level of uncertainty regarding their goalies, it's really tough to project workloads here. If the tandem is James Reimer and Ben Scrivens, I could see the workload slightly in favor of Reimer, 28-20. If Roberto Luongo enters, he'd start close to 40 games. (19,049 miles)

VANCOUVER: The Canucks only have seven back-to-back games, but until something happens to Roberto Luongo, it's tough to gauge a workload here. There's still a chance the Canucks keep Luongo this season, because having two legitimate goalies that can win games will go a long way in a grueling condensed schedule. If Luongo stays, I could see both guys playing up to 30 games. It will be mainly performance based, so it's wide open right now. (29,117 miles)

WINNIPEG: The Jets have eight back-to-back sets, which bodes well for Ondrej Pavelec and his projected 34 starts. A streaky goalie seeking more consistency, less back-to-backs than the league average, especially with their extensive travel, is a benefit to the entire team. (27,431 miles)