Forget what you know about the Oilers’ draft tendencies. The duo of Peter Chiarelli and Bob Green return from last year but even that set of six picks cannot be used as a template to predict their upcoming selections. For starters, Connor McDavid was as much of a “gimme” as any number one pick ever was. Four of the remaining five selections (Caleb Jones, Ethan Bear, John Marino and Ziyat Paigin) were used to stock the system with defencemen, in addition to trading a second first rounder to the Islanders for blueliner Griffin Reinhart. Outside of Reinhart, it would be fair to say that each of the four young defenders acquitted themselves very well in the past year and the Oilers seem unlikely to go with such a heavy positional bias once again. 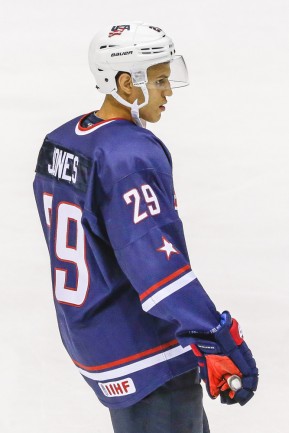 As an organization, the Oilers’ player pool should still be considered to be in flux. They have some decent pieces in the pipeline, but most of them – the aforementioned five, plus Joey LaLeggia, Dillon Simpson, David Musil and others – are defencemen. The system is almost completely bereft of notable forward prospects, as all of their good young ones are already in the NHL. I would never advocate any NHL team focus on any position at the expense of another (except to avoid overvaluing netminders), I do feel that this team should be looking at forwards this year. With eight picks in their possession, the fourth overall selection as well as three third rounders, they should be able to get some good ones.

Further, when considering that their current young forward corps all trend to the puck wizard style of player, I would be looking at guys who impress with high hockey IQs and with a slight (very slight) lean towards wingers over centers.

While past drafts are not going to be very helpful in determining the Oilers’ current direction, on the other hand, it may be noteworthy that Green is directly responsible for finding both collegiate and European free agents, which have led to the recent signings of netminders Eetu Laurikainen and Nick Ellis as well as forwards Drake Caggiula and Patrick Russell. 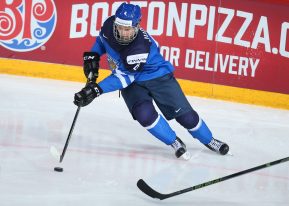 Possible picks: If the Oilers prefer forwards, Matthew Tkachuk and Pierre-Luc Dubois both would fill organizational vacuums as high hockey IQ offensive wingers with more than enough positive size. If they still want to brace their defensive core, Olli Juolevi is likely to be the most talented player available at #4, with the possibility of moving back in a trade and targeting Jake Bean or Jakob Chychrun. In the later rounds, U. of Denver scorer Dylan Gambrell could be a third round target, along with Swede Jacob Cederholm, and fellow countryman Oskar Steen may also be of interest in mid to later rounds.