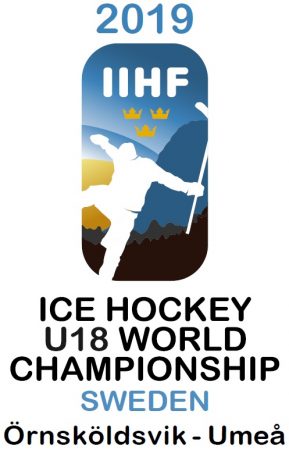 - Not an overly exciting game by any means but a game that showed some flashy moves from both sides. For Slovakia, Maxim Cajkovic impressed. He was the driver for the team and worked hard all over the ice, playing with intensity and wanted to create every shift. He scored two power play goals from the point. His one-timer is an elite shot and the second goal was a beautiful slapper. The one thing I noticed about him on the downside in his game, it was the way he sometimes shied away from the physical play and lost the puck a bit too easily a couple of times. None of the “Swedes” Simon Jellus or Michal Mrazik made an impact in the game.

For Russia I watched a lot from Vasili Podkolzin. It got a bit scary when he got a bad hit in the third period and had to limp to the bench. Luckily, he went back later in the period. He showed his skills and how slippery he is with the puck at times. He has a creative touch to his game and reminds me a bit of players like Vitaly Kravtsov and Elias Pettersson in the way he can cover the puck and make quick turns. He possesses strong offensive hockey sense. There were some other Russians that showed flashes as well. With two impressive individual goals, smallish forward Arseni Gritsyuk shined. Quick and fast with soft hands.

- The big favorite crushed the host nation on the scoreboard, but the game was mostly evenly fought. Sweden had their best chances late in the second period when the 2002 born duo Lucas Raymond and Alexander Holtz dominated. Spencer Knight came up big and in the early third period USA jumped to a 5-1 lead. The best player in the game was Cole Caufield. He showed a great scoring touch and was able to find open spaces in the offensive zone impressively well. His skating and shot looks elite. Caufield scored three goals and had grade A chances for at least three more.

Hugo Alnefelt in the Swedish goal actually made a lot of strong saves despite letting in six goals. On the first Caufield goal, he and Matthew Boldy came in on a two-on-one and Boldy showed great patience with the puck and delivered a precise saucer pass to Caufield with exact timing. The most beautiful goal of the day.

Jack Hughes had an okay game and displayed some skilled moves, but he also got into some trouble with the puck. On the Swedish goal he had the turnover for example. One play that stood out was when he lost the puck on the offensive blue line to Alexander Holtz who got off to a breakaway but Hughes rushed back and made a fantastic takeaway just when Holtz was about to shoot.

The Swedish defense was a bit uneven and had trouble with the high-pressure forecheck from the USA at times but Albert Johansson, Victor Soderstrom and Philip Broberg also showed that they could play themselves out of such tight situations. Broberg shut the play down well multiple times in the game. Johansson got in some trouble with the physical play where it showed that he needs to get stronger, but he played well with the puck.

The Swedish goal was scored by Simon Holmstrom. He separated him self from his defender at a breakaway after a nice work by Arvid Costmar and a good pass from Zion Nybeck. Holmstrom's skating stood out but he needs to show more courage with the puck and also shies away from physical contact at times.

On a good injury news note, Alex Turcotte was back, and he scored in the game. On a bad note, Trevor Zegras was missing from the game.