We changed some elements to the preview for added value. Described below are the links to different aspects of the head-to-head season series.

The Fen Close columns house the values for each team as they entered that particular game. 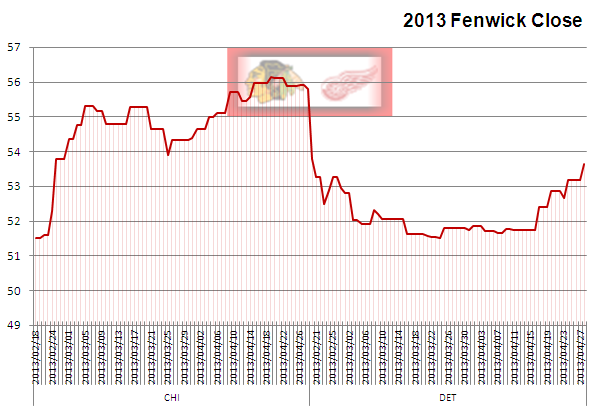 The Hawks’ remarkable 2013 campaign just keeps rolling along.  The 3-2 OT loss in Game 3 of their first round series against Minnesota served as a wake-up call.  They proceeded by humiliating the Wild in the final two games, out-scoring them 8-1.  For their new opponents, it took all of Mike Babcock’s legendary resourcefulness, not to mention Pavel Datsyuk’s and Henrik Zetterberg’s veteran know-how to beat the resilient Ducks.

Anaheim exposed Detroit’s vulnerability on defense.  It was said the Wings would never be the same with the departure of Nicklas Lidstrom; we now know just how much he meant to this organization for the past two decades.  Jacub Kindl (+1) and Jonathan Ericsson (+2) were the only two Wings’ defensemen to post positive differentials in the first round.  Contrastingly the Hawks’ 5-on-5 play has been exemplary all season long (including a ridiculously dominant 1.52 GF/GA ratio during the regular season).  Duncan Keith has his game geared up to elite level once again.

The Red Wings are a crafty bunch and won’t simply roll over, but Chicago’s heavy and skilled group of forwards will overwhelm a thinned out Detroit defense.  Joel Quenneville will preach discipline like a priest does forgiveness and even strength play should prevail in this series.  Goaltending is solid at both ends and should not be a deciding factor.  Carl says: HAWKS IN 6. 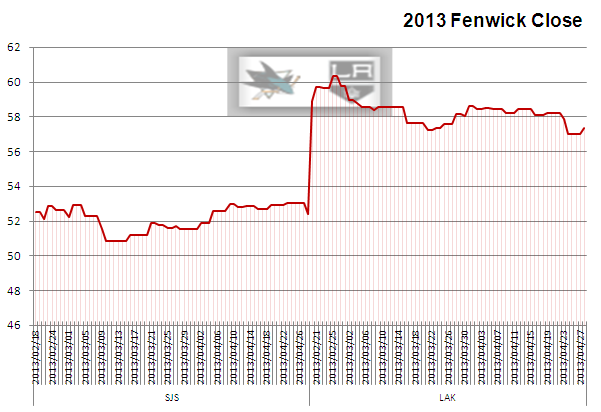 The defending champs are on the prowl again.  This is a team that understands better than any other the kind of intensity needed to go all the way.  Their series with the Blues may as well have been the Cup Final.  Both coaches rolled four lines and demanded all out effort on the forecheck and backcheck for every 30 to 45 minute shift.  The Sharks-Canucks series was the polar opposite.  Vancouver looked like the team that had clinched their division a long time ago and cruised aimlessly through the final quarter of the regular season.  They weren’t able to flip the switch back on to match San Jose’s sense of urgency.

The Sharks took advantage of an undisciplined Canucks squad in the first round, riding a 29.2% PP to an easy sweep.  Their 5-on-5 play was only average (as it had been during the regular season, ranking 18th).  Darryl Sutter has his Kings playing a physical and hard-nosed brand of hockey, but they understand that discipline is the key to their success.  They want to pound the opposition with their relentless even strength pressure.  And even when you do manage to get some PP time, Jonathan Quick is back to his old frustrating form of last spring.

After losing the first two games in St-Louis, the Kings look once again like the unstoppable force that bulldozed over the competition in last year’s epic playoff run.  Carl says: KINGS IN 5. 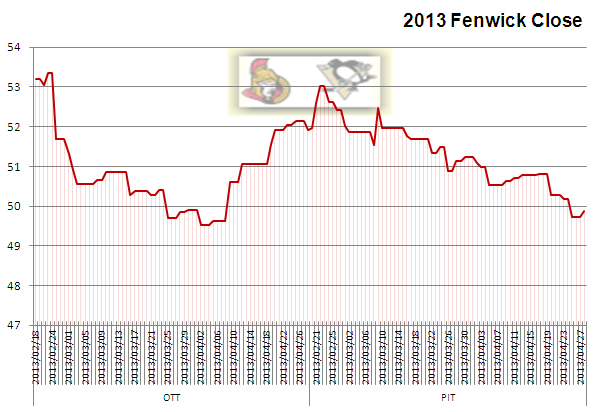